A clearly defined Ethiopic script first appears in inscriptions from the second/third centuries CE. By the fourth century, the system of vocalization has developed. It is the same script as is used in Ge'ez manuscripts - and as has been adopted, with few modifications and additions, by the modern Ethiopian Semitic languages (Amharic, Tigrinya, Tigre). 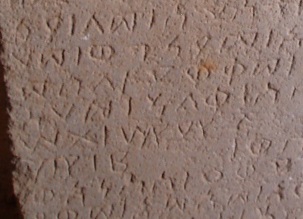 The letter shapes, while clearly resembling their South Arabian percursers, were from the very beginning more rounded, even more so after the adjustment of the script from epigraphic documents to handwritten forms. Still, the so-called 'monumental' script of the earlier manuscripts (from the fourth/sixth century, the earliest suggested date for the extant witnesses, to the fourteenth century) is strongly reminiscent of inscriptions. 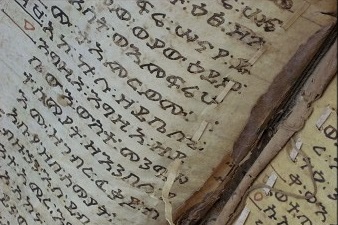 The script has remained relatively stable ever since. It has remained a purely majuscule (uncial) script. There is no cursive, and such characteristic features as monograms or abbreviations are hardly ever used. The decorated initial, common in European manuscript tradition, is also absent.

A rough chronology of its development has been suggested, and palaeographic observations have been used by most cataloguers of Ethiopic manuscripts; yet, the differences between the periods are sometimes so slight, and regional and individual variability within (even for one of the same hand) is so great, that more research would be necessary for the palaeographic descriptions to become a reliable tool for dating and placing manuscripts. 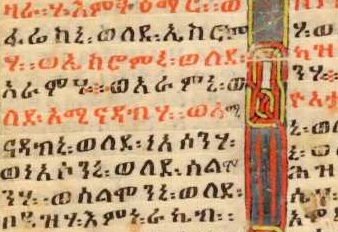 A comprehensive electronic catalogue of the project shall be a first step towards a reliable palaeographic database.